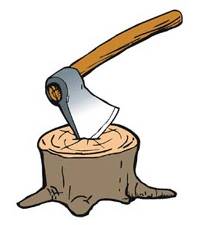 There have been several reasons why Australian football never kicked on in Sydney.  Most of these have been offered by people who have little knowledge of the background and history of its development in the city.

Here, Hugh Stone, a Sydney based journalist of the late 1880s and early twentieth century offers his opinion.  If you have a moment, its not a bad read.  It was written in 1920 and appears verbatim:

” I have no intention of discussing the merits or demerits of either the football codes, but I dd think I can put my finger on the cause which prevented the Australian game catching on when first introduced, and also show why the game since revived some seventeen years ago still struggles for generous recognition. Like your  correspondent; G. Saunders, New South Wales is my native state, but while he has all life before him mine lies behind. I can remember the visit of the Carlton Football Club is 1877″  like Adam Lindsay Gordon, ‘I can shut my eyes and recall the ground as though it were yesterday.’ That was the time when intercolonial jealousy ran strongly, and bitter rivalry often existed between the citizens of Melbourne and Sydney.

The code was then known as ‘the Melbourne game,’ and though occasionally referred to as Victorian, was never called Australian. If I am not greatly mistaken the first game of football ever played on the Sydney Cricket Ground (for the then trustees were averse to it) was under this code in or about 1881, and was between the newly-formed clubs, Sydney and East Sydney. The outcome wag promising, but up rose antagonism straight away. One man in particular (I -am not going to mention his name) – [We can – it was Monty Arnold who was a very big wheel in rugby circles in the 1880s.  A stock broker very well placed in Sydney Society at the time with a caricature of him shown here – ed.]

was keen enough to see that the surest way to crush the game was to play on jealousy’s string, and he sneeringly spoke of it as ‘the Melbourne game.’ Then came the added sneer, ‘the ladies’ game.’: I do not know if he coined this unjust phrase, but he freely used it, and once in the early ‘eighties when there was a split in the then thin ranks of Rugby club’s, and the Glenheads, a fast brilliant team, threatened to go over in a body to the new code this man entertained a Rugby gathering vide the press by telling them that at half-time in the Melbourne game, as played on Moore Park the mothers brought their exhausted darlings cakes and ginger beer . He sowed a fruitful crop when he set the seeds of jealousy and ridicule, and to him more than any one else belongs the credit of killing the game, in its early stages, for at no time till it petered out did it have a grip on the sport-loving section of the community.

In the early nineties circumstances compelled me to move to the Victorian border and from thence I went on to West Australia; and when I returned in 1899 the Australian code was not only dead, but the few Rugby, clubs of the early eighties had grown enormously. and any attempt to re-establish the Australian, game, seemed useless.  Yet the attempt was made and made under circumstances slightly more favorable than in the eighties.

First, Federation had been brought about and the old jealousy was slowly dying and, secondly, the title of  ‘Melbourne game’ had been, dropped for the larger one of Australian. Then why has it failed? There is now surely no single person strong enough to block its advancement as in the old days? Candor compels one to admit that  though, failure in the first place came from without, now it comes from ‘within.’,  Many of the men standing behind the game to-day are whole-souled sportsmen generous in their giving, and energetic in their labors, and this acknowledgment is rightly their due. But if one searched Australia for men least able to foster the Australian cause in New South. Wales, these could hardly be displaced for their credentials ‘how not to do it.’ [remember this was written in 1920 – ed.]

This is not satire, but comes of that deadly earnestness born of conviction. What has been the position in the last 15 or 16 years? A man who has figured in football in the other States has but to comes to Sydney and identify himself, with a club and he is soon a delegate. He knows nothing of Sydney conditions, but he knows that in Melbourne, Adelaide, or Perth where the native-born game draws its crowds of thousands, and he feels assured that he has but to mention the game’s excellences and all Rugby enthusiasts will abandon Union or League to follow him as the children did the Piper of Hamelin. Looking back over the years, I can recall, dozens of men whose enthusiasm dragged the League into all sorts of difficulties, but who to-day have retired, enthusiasm and cash gone. And New South Wales is still unwon for the national game, and it will remain unwon till the native born largely predominate in the League and in the representative teams.

All honor to the men who in the past and in the present have given their time and money for a cause that is dear to them, and who have seen the latter vanish with their optimism. It is strange but true that this very optimism has been the game’s undoing. But for some of this type the League would never have entered into that transaction which a few years ago temporarily lost them Erskineville Oval and saddled them with the Australian Football Ground. Had they listened to the native-born contingent they would have stuck to the well worn but truthful tag, ‘hasten slowly,’ and the game might-have been’ spared its heavy set-back. Oh, the League wreckage because of- the wrong men at the helm. Wrong, only because they were at the helm, otherwise their pence and their presence are invaluable; they are Australians. If ever the game succeeds in this State it will be by the help of those born here, the younger generation so finely typified by Ibsen in The Master Builder. When these knock at the door of the League the day of Australian football is assuredly at hand. In the meantime, let us learn to hasten slowly, and stick to Erskineville Oval, where our first and most lasting success has been won. The world knows the sorrow that follows the kicking away of the ladder by which one has climbed to success.”

Hugh Stone edited a Sydney based weekly football publication in 1906 & 07.  Thankfully, the whole 1907 issue has survived and can be read by clicking here.

His above assessment is a very blunt and maybe slightly blinkered for the reason football failed in Sydney.  It was not all due to Arnold’s attitude, who, incidentally, never let up in his criticism of the Victorian game during his lifetime.

Basically, the interstate jealousy was a founding reason, but there were others:

By this time and particularly following WWI, the door had shut and the horse had well and truly bolted.  Both rugby codes were firmly entrenched in Sydney and most of NSW so Australian football had to adopt the reserve grade position.