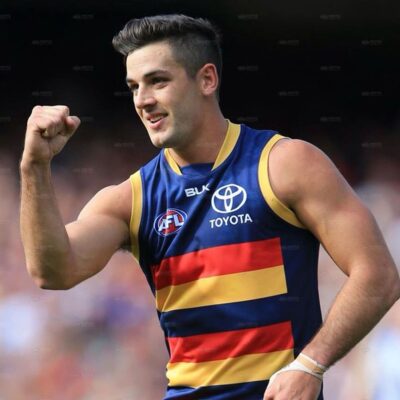 Adelaide spearhead Taylor Walker has opened up a goo lead in this year’s Carey Bunton Medal for the best NSW player in the AFL this season.

Taylor received eight votes for his six goals in the loss to the Sydney Swans at the SCG.

Meanwhile, Swans #5 draft choice Braeden Campbell from Pennant Hills scored five votes from the coaches as well as the NAB Rising Star Award for Round 2.

Last year’s winner Tom Hawkins of Geelong scored his first votes of the season being awarded for his performance in the Cats’ win over the Brisbane Lions.