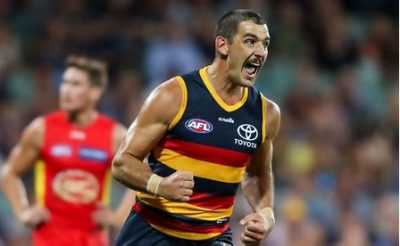 Taylor Walker is back in front in the Carey Bunton Medal following his sterling performance in the 28-point loss to Richmond in round 11 at Giants Stadium in Sydney by scoring six votes.

“Tex” is now on 36 votes just three ahead of GWS mid-fielder Jacob Hopper, who did not score any votes in the loss to the Brisbane Lions at the Gabba.

Meanwhile, Sydney Swans star forward-mid-fielder Isaac Heeney continues to mount a challenge with another ten-vote display in the win over Carlton at the SCG.