“The Swans, and the code of AFL football, are very grateful to have had someone with a strong media presence who had a deep understanding of the game” – John Longmire
Rod Gillett profiles the nomination of Neil Cordy to the AFL NSW Hall of Fame. 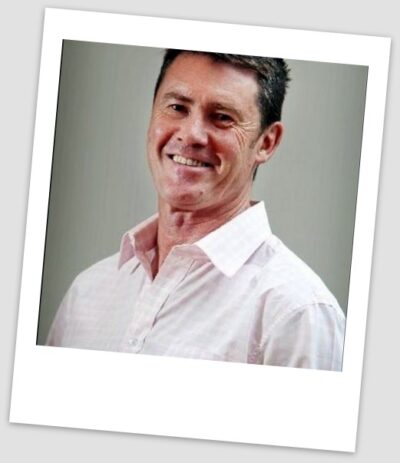 Neil Cordy has established an impressive record as a “breaking news” sports journalist across the media landscape in Sydney over the past twenty-seven years.

After his football career, Neil stayed on in Sydney and became a sports journalist. While working for News Ltd he broke the story of the Buddy Franklin transfer to Sydney from Hawthorn in 2013, one of the biggest news stories of the decade.

But what can now be revealed is the story that “Cords” (or “Slacks” as he was known by his Swans team-mates) chose not to break.

That was the tragic death of Swans trainer Wally Jackson on the sidelines in the last quarter of the Sydney v North Melbourne game at the SCG in 2004.

Doing the “boundary-riding” for the Channel Ten live coverage of the match, Neil elected not to report on the story unfolding right before his eyes on the Swans bench as Dr Nathan Gibbs tried valiantly but ultimately unsuccessfully to revive the much-loved Swans trainer.

“David and I talked the situation through. It was obvious Wally was in serious trouble. We agreed not to report on the situation unless the game was stopped and we would be forced to. It was out of respect for Wally’s family” Neil told me in the interview for this profile.

This goes to the heart of Neil Cordy’s integrity and ethics as a journalist that enabled him to earn the trust of the AFL coaches in Sydney to get access to news-breaking stories.

Sydney Swans coach John Longmire told me, “The Swans, and the code of AFL football, are very grateful to have had someone with a strong media presence who had a deep understanding of the game”.

Following his retirement from the AFL half-way through 1993 Neil started in print journalism by writing columns for The Sydney Morning Herald. He also started working on match-days for the ABC’s live broadcasts of footy in Sydney as an experts commentator.

The next season he was a boundary-rider for the Seven Network’s telecasts of AFL games in Sydney. He took up an on-air role for Galaxy Sport (the fore-runner to Fox Sports) in 1995 during the infancy of sport on pay TV in Australia.

“Cords” was lured to Channel Ten in 1996 to present sport on Ten News and reports on Sports Tonight based in Melbourne for five years then returning to Sydney where he performed the role for ten years as well as a football commentator when Ten had the rights.

He was a key member of the Ten telecast team for the AFL Grand Finals in 2005-06 that featured the Swans including the 72-year drought-breaking victory in 2005.

After ten years with Ten, Neil went to News Ltd as the Head Reporter of the AFL for the biggest selling daily newspaper in NSW, the Daily Telegraph.

Neil carved out a strong reputation as an insightful and knowledgeable reporter of football that increased following for the game in this medium. During this period he frequently appeared on Fox Sports programs such as the Back Page and Bill and Boz which did much to lift the profile of the game.

Neil finished up with the Tele at the end of the 2018 season and has since been doing match-day work for ABC Sport, which of course, has been severely disrupted this season by Covoid 19. He has, however, relished taking up the opportunity to write profiles for the inaugural AFL NSW Hall of Fame including former team-mates and opponents.

In terms of playing football, Neil had a highly distinguished career and is a member of the AFL 200 Club. He was runner-up best and fairest at the Swans in 1987 and third in 1991.

He represented Victoria twice and was a key member of NSW’s successful Origin teams in 1988 & in 1990 when the Sky Blues beat Victoria.

After finishing in the AFL, Neil joined East Sydney in 1994 as co-coach with former team-mate and great friend Rob Kerr, thus finishing off an auspicious playing career in the red, white, and blue.

The boy from East Gippsland has enjoyed the pizzazz of “bright lights, big city” life in Sydney and carved out a very fulfilling career in both football and the media. Now he has announced his retirement, and he and his wife Jeanette, will move to the Gold Coast.