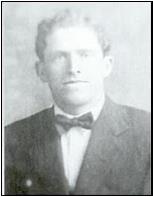 We came across some interesting information when researching Sydney goalkickers.

The Sydney 1st grade goalkicking list is far from complete although we are slowly closing the gaps. Next to no records were kept of the goalkickers (or any other players for that fact) until the league went through a minor restructure in 1926.  Then though, the scant record keeping started from that year.

That was when the successful Paddington Club joined together with East Sydney to form Eastern Suburbs to play in the familiar red, white and blue.

Balmain and Railway clubs disappeared and “District” football was reintroduced.

It was almost from then that football achievements were recorded, mainly due to the efforts of long term league secretary, Ken Ferguson.

Bob Merrick was a Port Melbourne Gun. He was small for a full forward at 175cm and sometimes was used in other positions but mainly he kept on the forward line. At 21 he won Port’s leading goalkicking award in 191,  then again in 1914 & 15. His 1915 effort also saw him top the VFA goalkicking list with 43 goals. In July of that year he kicked 10 against Brighton and his form was so good that early in that season, the Carlton Club offered Port Melbourne £50 ($100 or $ today) to “buy him out”. In other words, pay Port Melbourne to transfer Merrick to the Blues.

However in mid July he was on crutches after hospitalisation with an injured knee he received while playing. The injury kept him off the field and presumably out of work for 15 weeks. So much did it effect him that his club were obliged to hold a benefit night and fund for him.

By December, Merrick was playing cricket so he obviously overcame his disability.

What, I can hear you ask does all this have to do with NSW Football?

Well in May of the next year, Bob Merrick turned out for the East Sydney Club. This in a period that the VFA had gone into recess because of WWI and the lack of man power.

Merrick played country football and had one last shot at the VFL in 1926. He then tried his hand at umpiring.