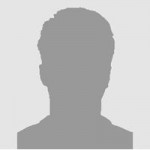 We have often written that people in sport and more particularly in our case, football, who are lost in the throng of the many who make up football clubs, leagues and groups.

In their time their names “are up in lights” and many became most prominent players or most influential officials or perhaps an outstanding umpire.

And yet when they withdraw or are lost to the code, their names and qualities are almost gone forever.

Sometimes there is a medal or trophy named after them so you can say their names may live on.  But who questions the name on the medal that was perhaps won by a player from your club?  Who knows about him or her for that fact?  Who knows what impact that person had on the game in their particular discipline?

And what of those who want to or do change the names of these trophies.? They have no respect for the past.

In Sydney Australian Football there was such a man who led the push.  He was a school teacher and probably one of three who spread the game across the city and at the time who went to extraordinary lengths to promote his students into the game of Australian Football.

We have written about Rupert Browne, and of course there was H.G. (Bunny) Shepherd and Tas Carroll.  Or to be more precise, Tasman Stanley Shepherd.

Tas. (as he was known to his many friends) was born at Stanley in Tasmania in 1902.  After school he went into a career of teaching.  By 1928 he was living at Sandy Bay then two years later along with his wife he was Lillis, he had moved to his long time residence of 36 Kimberley Road, Hurstville.

Strangely, he did not get involved with the then newly formed St George Club however he began teaching at Leichhardt Tech where he promoted the game and coached teams from his school in the fledgling (Australian) football schools competition.

By 1931 he had been transferred to Hurstville Central Technical School and was appointed co-manager of the NSW PSSSA (Public Schools Amateur Athletic Assn) Australian Football Team which even then included future St George players in Don Menzies, Steve Duff and the 1939 Sanders Medalist (Sydney Reserve Grade B & F), Albert Butcher.

Tas went on to become intensely involved with schools football in Sydney and like Rupert Browne and H G Shepherd, became mentors to young men who would go on to play senior football in NSW with a percentage moving into the VFL.

Despite his commitment to the game he was never elected a life member of the NSW Football League although his two colleagues, Browne and Shepherd were.  Also he missed on the ANFC’s Merit Award, and honour bestowed upon a person for his or her outstanding commitment to football in the state.

Regardless, his loyalty to the game, particularly in the schools remained consistent through to about 1960.  In these latter years he was the honorary schools secretary when he was listed as a teacher at the South Hurstville School.

There are many men in Australia who owe their involvement and in some way so too do the St George Club who were the recipient of these players , including a former outstanding club president in Sid Felstead.

Tas’s daughter, Patsy who also became a schoolteacher, was another who the St George Club benefited from his involvement.  She turned out to be the club’s publicity officer, writing in the St George Leader as well as the Football Record for a number of years.

Tas died in 1992, aged 90, his death unnoticed by the Australian Football community of the time.

Unfortunately we have no image of Tas.

The last football match of the 1941 season played on the Narandera Sportsground on Sunday 5 October, Sydney Club, St George played Narandera, before a large crowd of enthusiasts from Narandera, Leeton and districts. The Narandera side

included six Leeton players and the captain of the local R.A.A.F.  – Narandera team.

St. George team members, which finished fourth in the competition that year were accorded a civic reception on their arrival on the Saturday and were entertained at a euchre party end dance at night.  In those days the club wore a black jumper with a yellow sash.

Splendld marking and passing were features of the play of the visitors, who were beaten by only one point. The final scores were: Narandera 11 goals 9 behinds (75 points). St. George, 10 goals 14 behlnds (74 points).

In the first quarter Narandera took and held the lead though only by one point when the quarter ended. The scores were, Narandera 2 goals 4 behinds; St. George 2 goals 3 behinds. Leo Foley (Narandera) was responsible for the three goals scored in the second quarter which, with one point, made the score 5 goals, 5 behinds. St. George add- ed one goal, and four behinds to their score In the second term to make their score 3 goals, 7 behinds. The goal was kicked by Fred Pendergast, vice-captain of St. George. The visitors were at their best in the third quarter when in quick succession they added 7 goals, six behinds. Narandera scored only one goal (Leo Foley) and one point (Bob Dryburgh) In this term.

The last quarter had the onlookers thrilled with some splendid play. Taking advantage of the wind, Narandera made a big effort and although many possible goals resulted in only points being scared, they added 5 goals and 3 behinds.

St. George played splendidly but could only score a single point in this quarter. Fred Hopley (Leeton), Bert Hutchinson and Foley were responsible for Narandera’s goals. Foley was the hero of the match as his last goal marked the victory for his team. The few minutes of play after this goal which gave Narandera a lead of one point, were fast and thrilling and both sides fought hard for victory. St. George was best represented by Fred Prendergast, Ken Derry, Bernie Slattery, Ivan Argus and Steve Duff. Goals for St. George were kicked by Slattery (4), Duff, Harry Mallett, L. Williamson and George Farrow.  Narandera were best served by T. Davis, Jim Durnan, Leo Foley, Les Longmore, Fred Hopley. Charlie Weygood, and M. Hutchinson.

The St. George team were guests of the Leeton club on the following Monday morning where they were shown over the Irrigation Area. They returned to Sydney by train later in the day.

NOTE: The town of Naranderra was spelt Narandera in those days.