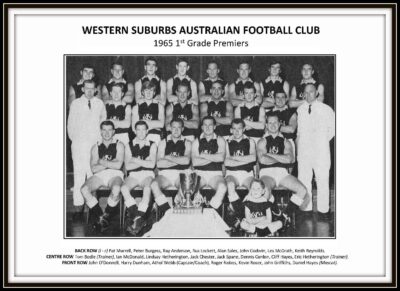 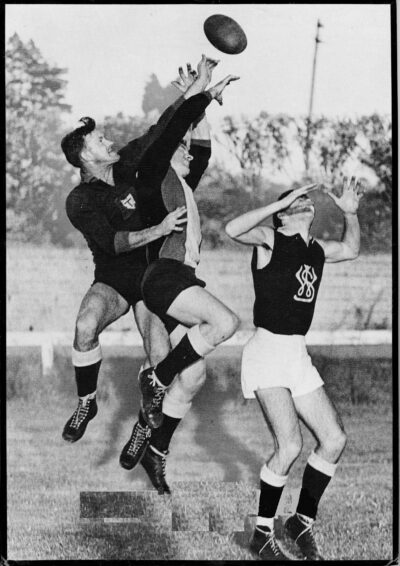 Officials have finally identified a date for a reunion of former members of the NSW Police Australian Football Team.

The side was formed in 1958 under the direction of a high ranked officer.  By that stage there were more than enough police playing in the Sydney weekend competition to make up a team which went on to compete in the mid week services league.

Names like Neil Stevens (pictured at lower right), Brian Andrews and Ellis Noack were just a few who were to fill the ranks of the team.

Participant’s names would be published in a weekly police circular which provided the officers in charge of the respective stations and roster staff the information and authority to allocate police to the game.  A number of police cadets also competed, mainly because their involvement was counted as part of their duty and they got the afternoon off work!!!!

The side’s home ground was Moore Park, adjacent to South Dowling Street.  This was the same venue used by very early

teams in the Sydney weekend competition.  The fact that the ground was across the road from the Bat and Ball Hotel had no bearing on officials’ choice to use the oval.

The date for the reunion is Saturday, 19 May 2012 commencing at 12 midday.  The venue is still to be decided with Society officials currently investigating various locations with appropriate facilities.

The team was well known for playing some non-police when they were short and these people too are invited to attend.