Contemporary officials and fans of the game are probably ignorant of the power struggle in football that was taking place in Australia during the late 1970s.

The National Football League, since absorbed by the AFL, was basically a democratic forum where equal representation was provided for each state to meet  and discuss things like the laws of the game, coaching accreditation, player clearance procedures as well as managing national carnivals, which, besides, the open age series, went on to include under age interstate competitions like the Under 17 Teal Cup.

First known as the Australian National Football Council, it was initially formed in the late 1890s, first as a talk fest, then moving into take responsibility for the above mentioned roles.

The position of delegate to the National Football League was looked upon as a plumb role, certainly for the NSW representative.  They had all their expenses paid to attend Melbourne two or three meetings per year together with the issue of two tickets to the VFL grand final where again their expenses were paid.

At that stage though, NSW was a rather plastic organisation.  Yes it was the most populated state but basically it only represented the interests of Sydney, for those who were interested, and one or two near and arguably frail country centres.  Ironically, the NSW delegate possessed the same voting rights as the delegate from Victoria who represented mostly the VFL and ostensibly football in the remainder of the state as well as the the Riverina region, which at that time was affiliated with the Victorian Country Football League, not NSW.

Particularly in that decade, the South Australian National Football League (SANFL) became well and truly sick of the VFL’s administrative and intuitive dominance of the game.  It can be said that for the most part, they pulled the strings and the minor states (delegates), danced to their tune. The majority of Australia’s football population where unaware of this and probably did not care.

Then towards the close of the 1970s, the SANFL threw down the gauntlet.  Mostly through their very competitive but fair minded general manager, Don Roach, the ‘architect’ behind the establishment of Football Park, later AAMI Stadium, alternative and progressive initiatives, like the Ardath Cup, were introduced and states like NSW, were invited to become involved.Â  Ardath was a brand of cigarettes.

All this no doubt grated on the senior officials of the VFL.  They would have seen the South Australians as a bunch of upstarts moving in on their perceived supremacy of the game. 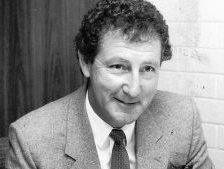 With the advancement of time it all settled down and in the mid eighties Roach was induced to move to Sydney as General Manager of the Sydney Swans.

As well as being an extremely good administrator, Roach was a particularly straight shooter and this was at a time when the Sydney Swans were going through a difficult period.

Whatever transpired, and 12 months on, Roach answered a knock on the door of his Double Bay home late one night to find a taxi driver who gave him a letter from, ‘the club’.Â  In it he was told that his services were no longer required.  Wanting to retrieve his possessions from the office he travelled the short distance to the SCG early the next morning only to find the locks had been changed.

So you might say that some had long memories, particularly when you read the following which was re-printed in the 1977 April 17th, copy of the Sydney Football Record.Â  This was most likely written by Don Roach.

With the kind permission of the S.A.N.F.L.

For many years State Leagues were critical of the seeming inactivity of the National Football League. It was then and now considered that the role of the national body should be much more than that of a processing office for clearance papers and maintenance and publishing of a uniform set of laws of the game. In a comparatively short span of time the National Football League have not only recognised its responsibilities but with great energy and enthusiasm thrown itself into implementing important projects.

The NFL National Coaching Scheme is now a reality. The gathering together of national identities in specific fields of sports medicine, physical education, administration and senior coaching has facilitated the preparation of a coaching manual and prepared syllabus and set standards of coaching accreditation. Risks and costs associated with accident and injury has long been a cause of concern and it is pleasing that the NFL on behalf of all leagues and associations has established a Player Registration and Insurance Scheme. The initial insurance coverage is limited, however, it is possible that a comprehensive range of coverage will be available through the NFL scheme in the near future.

National companies have long wished to be able to discuss and negotiate sponsorships and promotions with a body representing the interests of all leagues. The NFL now offers this facility and has successfully initiated endorsement projects in the area of football equipment. Queensland and New South Wales in particular, have wished for opportunities to be tested in competition. Only by being exposed to competitive opportunities can these States and its clubs truly progress. These opportunities are now offered through the NFL Ardath Cup Competition. These above activities have been openly discussed in the formulative and implementation stages by delegates representing all States and the Australian Amateurs. It is important to note in this context that the V.F.L. not only have a delegate to the NFL but also that some delegate is a member of the NFL Executive.

In this light, it is regrettable to say the least, that the VFL have not only chosen not to recognise, support and participate in any of the above mentioned NFL projects, but have chosen to go its own way in direct opposition.

The VFL has earned its reputation as the citadel of Australian Football. It would be a sad day if this were not so for many years to come-however, it has not earned the right to monopolise the people and financial resources that it has clearly set out to claim.

Australian Football is no longer protected by Australia’s isolation. The world communication system-particularly Television with its satellite links and input of live world class sporting and entertainment spectaculars is having a dramatic impact on our public’s tastes and responses. Maintenance and progress of Australian Football’s standing will now and more so in the future depend on our unity of purpose and presentation.

It is time now for the VFL to accept its true responsibilities-shed its ego and deceit and declare itself once again as a contributing member of the football family.”

Nevertheless, we all move on.  Many of the combatants of those times have passed on while nowadays it plays little on the minds of others.

In many ways though, football has had its share of casualties and will probably continue to do so, some, were great men.

In 1908 someone wrote a letter to a Tasmanian newspaper extolling the efforts of the then, Australian (National) Football Council, later the National Football League (a national organisation considered the peak body for the game in Australia.  All states were equally represented on it).

In particular it went on to explain the effort the Council was doing in spreading the game of Australian football across the nation as well as in New Zealand and how this was done.

It said “the great obstacle to be overcome, of course, is the predominant and apparently lasting popularity of Rugby football (Rugby League had only just been established) in New South Wales and New Zealand.”

The letter went on to mention the success the game was having in the schools in this state and then turned its attention to the University.  Sydney University was then the only such institution in the NSW.

The letter maintained that one reason the VFL accepted Melbourne University into their ranks, as a club, was “in anticipation that inter-university games in Australian football between the Melbourne and Sydney universities would be hastened.”  (That’s drawing a long bow – ed.)

More interestingly it said that “in the 1908 season, there were 14 students of Sydney University playing with senior clubs in Sydney so that the university should soon be able to send a good team to Melbourne.”

The article went on “the Australian Football Council over the summer of 1907-08 distributed five hundred pounds ($63,300 in today’s money) between the state football bodies in NSW, Western Australia, Queensland, Tasmania and New Zealand.  This money was the balance from a levy made by the Council of 5% of the takings of all Associations (presumably the state football leagues, ie VFL – ed.).  The Victorian quota was the largest at three hundred and twenty pounds ($40,500) with NSW receiving two hundred pounds ($25,300), the bulk share of the total funding.”

A team called Training College competed in first grade in the Sydney competition between 1909-12.  Unfortunately they came last each season and apparently with lack of enthusiasm AND success they folded.

There is not a lot documented about the Training College side, but through some careful research we have found that the club was representative of the Sydney Teachers College, then located at Blackfriars, which is situated just off Broadway in Chippendale, Sydney.  It also had an annex which operated out of Hereford House at Glebe.