In the early 1970s the NSW Football League were at a loss what to do with the new clubs that began to emerge, certainly in Sydney.

In 1969 Western Suburbs, Newtown, North Shore and a burgeoning Balmain headed the senior list, by miles.

Sydney Naval were on their last legs and South Sydney (both original Sydney Clubs) were getting defeated by a cricket score each week.  These two were at the bottom of the table in firsts and seconds.

Then there were the Universities.  Sydney University had swapped places with UNSW from firsts to reserve grade which earnt them a premiership,  UNSW went no-where in the top grade finishing just above Sydney Naval.

So 1970 presented a problem.  The Metropolitan Australian National Football Association (MANFA – the old second division) went out of business 20 odd years before however league officials were reluctant to engage a new second division into the Sydney competition, but the pressure was there.

In the end Sydney Uni, UNSW & South Sydney teams were slotted into the senior division reserve grade along with a new contender, Macquarie University.  Later St Ives, Warringah, Salesians and Penshurst made up the new Sydney Districts Association along with minor teams from some of the senior clubs.  Almost ludicrously that year, 8 teams played in First Grade, with 12 teams in Reserve Grade – such was the skill differential.  So on numerous occasions the seconds did not play at the same venue as the first grade, déjà vu perhaps?

Macquarie University’s first opponent (ever) in their initial season was South Sydney; a relegated club trying to make the best of it.  That was 1970.

In that first ever competition match on 4th April 1970 against South Sydney, at Erskineville Oval, Jim McSweeney was the Field Umpire. In those times it was just one Central Umpire. South Sydney went on to beat Macquarie Uni 13-13 (91) to 3-6 (24).

However fast forward to last weekend when the Sydney AFL Season finally got their 2020 season underway.

To commemorate the 50 years, Macquarie Uni invited the 80 plus Jim, a member of the Football History Society, to conduct the coin toss.  Macquarie are now in Platinum Division and the game was a rematch of the 2019 Grand Final which Southern Power won.

In a very tightly contested and exciting game, this time played at Macquarie’s home ground, resulted in the lead changing twice in the last quarter. It was Macquarie who reversed the result of last year’s Grand Final, winning by 4 points 5-7 (37) to 4-9 (33). 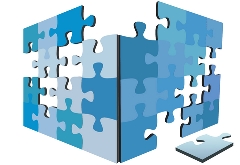