Jim Phelan is virtually regarded as the father of football in Sydney.  This is not our description of him because none of today’s people had the privilege of knowing him but was a quote often appearing in various publications before his death in 1939.

He came to Sydney in about 1886 from Bendigo via Ballarat and Melbourne and subsequently played with Waratah and the East Sydney clubs.  From our research Jim was not an outstanding player but he was an outstanding administrator and they are the ones who make a success or failure of an organisation.

He was founding treasurer of the Newtown club and later their secretary.  When the game almost fell over after the start of WWI he took on the position of Secretary of the NSW Football League, a position he held for ten consecutive years and during his tenure saw the game return to its status as a recognized and strong sport in Sydney.

During his time with football, Jim wrote on the game for a number of Sydney newspapers, including the Sydney Morning Herald.  He had a deft hand with the pen and it is with this in mind that we reprint a little known article written by Jim and published in a Sydney Football Record in 1939, only months before his passing.  The main subject was Erskineville Oval and its re-construction at its present location pictured on the right.  Jim penned several like articles during the 1930s almost all of which referred to Sydney’s football past and, as he says in this article, if there was anyone who knew about the game then, it was him:

As the new oval progresses towards completion, numberless questions have been asked as to its future tenancy.  To one and all my answer has been that such is in the lap of the Gods.

The present day anxiety being evinced has been displaced the one time aversion and antipathy to Erskineville Oval.  One sees many changes in the relatively short space of 40 years.  Evolution is all around us working perhaps slowly, but nevertheless surely.  Such can be said of the game itself.

The 20 aside game of my day, and the concomitant little marks have improved, others in the mind of enthusiastic old timers, have declined and the day is not far distant when a halt will surely be called to the alternation of rules of the game.  So much, by the way.

By reason of the many changes in the administrative personnel of the NSW League since its inception in 1903, and the fact that early books and records are not in possession of present officials, a complete history of the league operations is well nigh impossible.  However, as one (and the only one) who can lay claim to have been present at every annual meeting of the League since its inception, I am confident that memory will serve me right in this effort to set forth details in connection with playing grounds and Erskineville Oval in particular.

Following the great success of the Fitzroy-Collingwood initial match on the Sydney Cricket Ground in 1903 the following clubs were formed:- Sydney, Paddington, East Sydney, Balmain, North Shore, West Sydney, Redfern, Newtown,  Ashfield, Y.M.C.A. and Alexandria.  As Rugby League was then non-existent the securing of playing grounds was simply a question of ability to pay for the use of them.

The formation of eleven clubs following the Fitzroy-Collingwood game is indicative of the enthusiasm aroused at the time.  The wisdom of accepting such a number of clubs was questioned at the time by some of the then League members.  Within a short space of time Ashfield and Alexandria clubs dropped out.  The remaining clubs, however, continued to exist for some years.

The foregoing supplies a most effective answer to those who continually assail me for my advocacy of Erskineville Oval, with the one plea “that the game generally, and the finals in particular should be played on a central ground, to wit the Sydney Cricket Ground, or the Agricultural Showground”  In their ignorance, or antipathy to Erskineville Oval, they did not know, or if knowing would not admit the fact that central grounds had been tried and financial results were overwhelmingly in favour of Erskineville Oval.

While I have always thought, and expressed myself as occasion arose, that false modesty is as bad an attribute as overweening vanity, I feel that it would not be desirable to set forth in this short article the various episodes that arose in connection with the retention of Erskineville Oval as the home ground for the game in Sydney.

The concern that was almost wholly mine, during the past 21 years is now being shared by others as the time approaches when farewell must be said to the ground that has served the League for a generation, and whose atmosphere is, on the whole, more congenial in a football sense than that of any other playing ground controlled by the League.

Gone from the old home, gentlemen, moved up into the now, will, I trust, be the greeting to patrons of the game in 1940.”

Jim was a great man for football and to have the league’s best and fairest medal (re)named after him is a fitting reward for his work and commitment to the game. 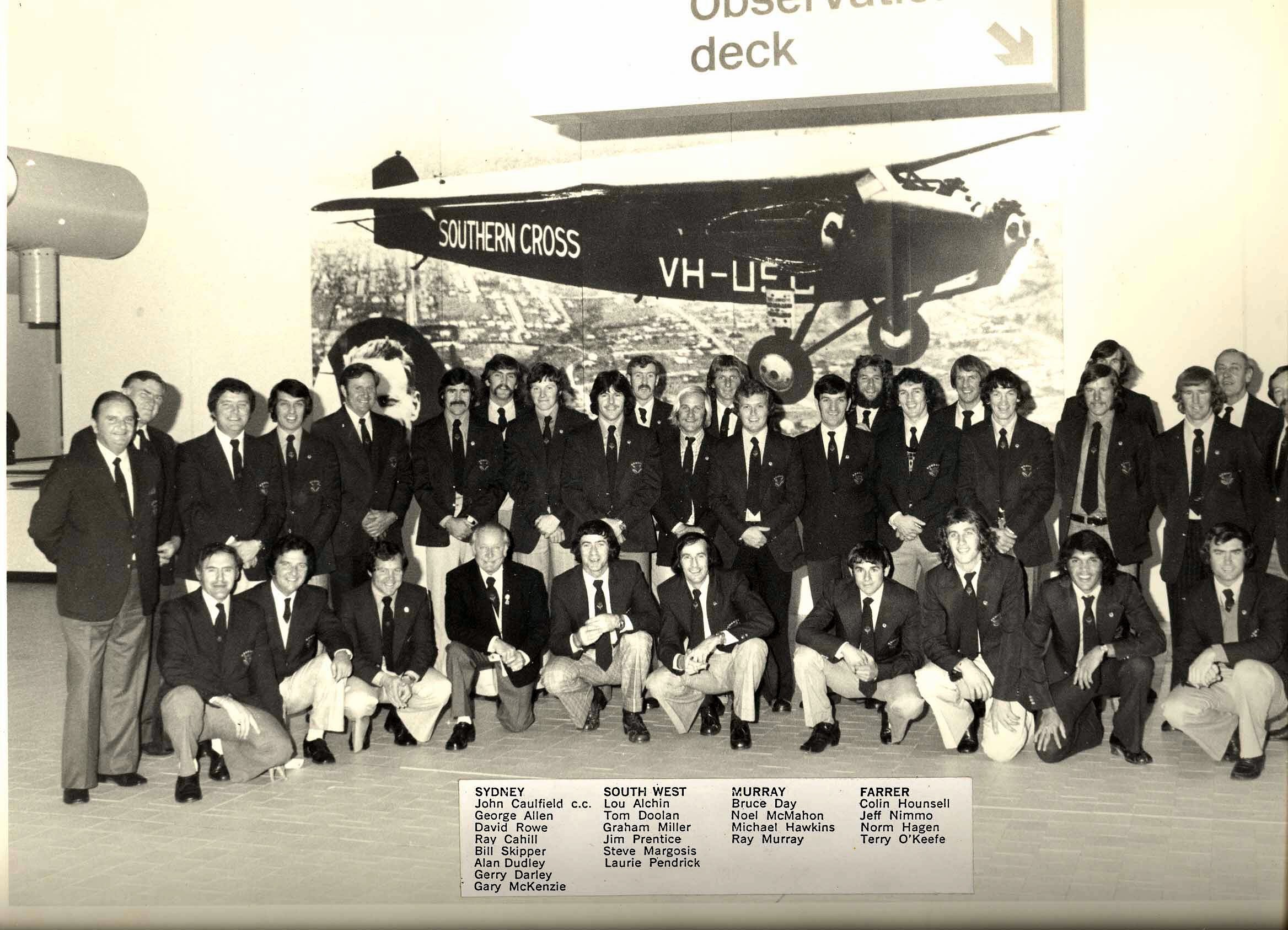