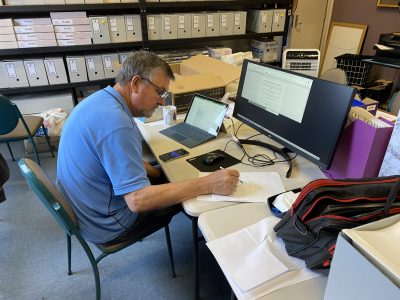 With the lifting of the lockdown in Greater Sydney, Society officials were permitted back into their rooms at Magpie Sports, Croydon Park.

The group only attends the location once per week and there is always detail and material to deal with.

Here treasurer, John Addison is working on the books to present to a committee meeting next Tuesday while data entry committeeperson, Heather White was caught revising some of the many photographs on the Society’s website.

As time moves forward and people are permitted greater freedom in their activities there will be more joining the group at Magpie Sports of a Tuesday.

As an addendum to the Society’s auction purchase of the two 80 year old Phelan Medals last week, a number of the committee have signified their intention to subscribe towards the costs incurred in the acquisition.

With the annual financial report looming, the Society’s treasurer, John Addison has told the committee that we need to offload a number of books: A Game To Be Played,  first published a few years ago.

The Society still has a surplus of these publications and is offering them for sale at the bargain price of $10 each, plus postage.

The book deals with football in Sydney prior to and during WWI and also with the men who played in Sydney and served overseas in both the army and navy during that period.

A lot of research has gone into the book which contains several images and tables.  It is a good read and one you should have on your footy bookshelf.

If you want a copy, email us here.

The Society has released an historical interview with Jack Dean, now deceased, which was recorded in 2011.  Click the link which will take you to the site where you can listen.  When you bring up this link, click the > feature marked on the black ‘recording’ icon.

Society officials said they were very fortunate in locating the recording after a dozen interviews of former Sydney football players and personalties were given to the State Library of NSW for safe keeping but now find they are unable to obtain copies to load onto this site.

Jack Dean was a powerful man during his time in Sydney football and he was inducted into the Sydney Hall of Fame in 2003.  Here is a little of his bio:
“Born in Sydney and due to his father’s influence (Joe Dean also played for “Easts) he joined the Eastern Suburbs Football Club at the age of 16. Jack was chosen to play for NSW at 17 then became a driving force as a ruckman at Eastern Suburbs and went on to represent NSW 25 times. Played in Easts premiership teams between 1953-58, coached Ardlethan FC in the Riverina for 1959-60 seasons before returning to coach Eastern Suburbs in 1961. In 1962 Jack crossed to Sydney Naval and played there until he retired in 1966. He won 4 Best & Fairest Awards and 4 Runner Up Awards with Easts and in 1958 won the Best & Fairest Trophy representing NSW in the Centenary Carnival in Melbourne.  Later, he became a State Selector for 12 years.

Jack was President of Easts from 1970-82 during which the club won 6 premierships. He received the ANFC Merit Award for Service to Australian Football in 1977. Jack was involved with Easts Juniors as a coach and was Junior State Selector for the NSW Under 15 Shell Cup and Manager on several Shell Cup Interstate trips. In a career spanning 20 years, Jack played 310 games for Easts, 45 for Sydney Naval, 40 for Ardlethan and 25 for NSW. He also won Best & Fairest Awards for NSW against Western Australia, Queensland and ACT during his career.”

Jack was twice nominated for the AFL Hall of Fame in Melbourne without a positive result.

He lived in Paddington for the greater part of his life and was one who was involved not only in local football but also with the successful application for a licence for his club which became ‘East Rules club’.

Fortunately we have located the second tape of this interview series which is also now posted on this site.  Both tapes end abruptly and unfortunately our equipment at this stage does not provide the apparatus to correct this, but we are working on it.

Treasurer, John Addison, is now working on loading the six part interview with Frank Dixon interview.  Dixon is also a member of the Sydney Hall of Fame.  He was very actively involved in Sydney football both before and after WWII.  He is a former Deputy Lord Mayor of Sydney after which the Frank Dixon Grandstand at Trumper park was named.  These interviews should be on our site mid next week.

Both of these men provide very interesting insights to Sydney football. 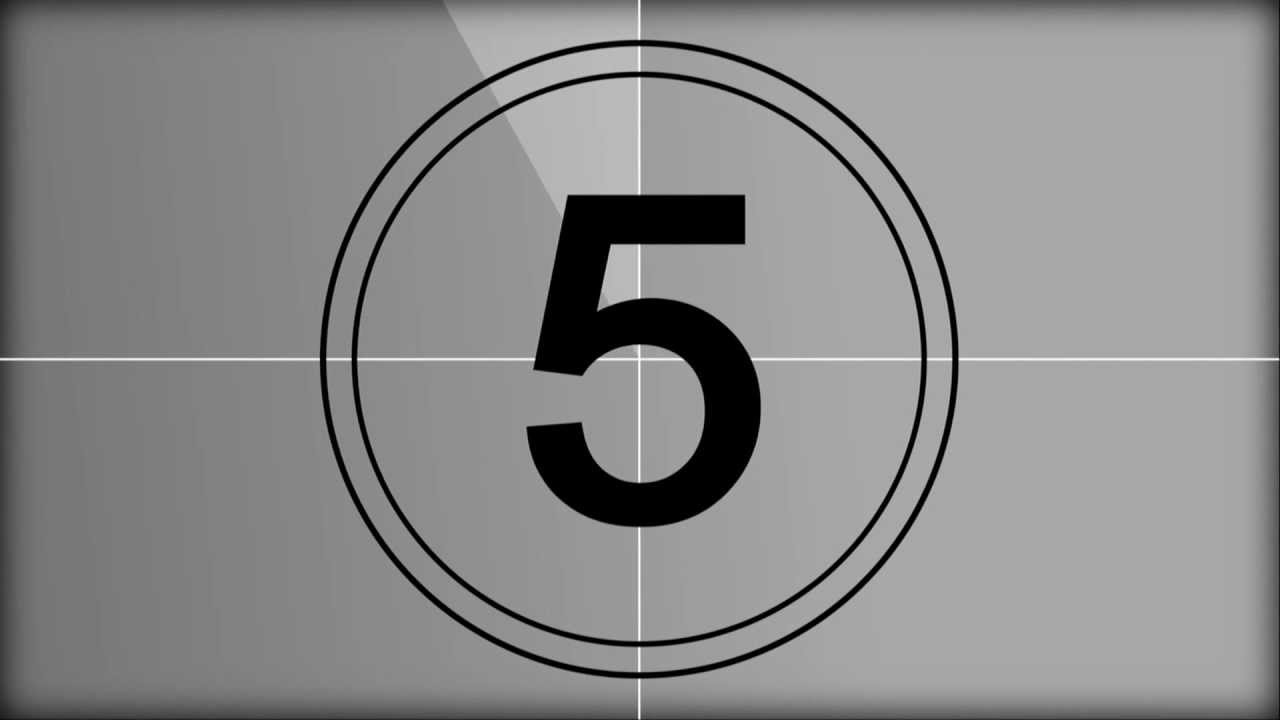 It is only a matter of hours now before the Society’s new website will go live.

Following discussions with the website designer, Mike Gerlyand pictured, it has been decided to go live with the  new site tomorrow night (Thurs. 14 April)

Mike now has finalised enough on the new version to upload it as a workable site. He said he will work on the finer details in the next few days.

Some of the unique features will be modified including Gus’ Question and perhaps Image of the Week.

Officials are working on a regular quiz to replace G.Q. and a series of new images that will compliment the site.

Mike has said he is keen to get the site off the ground and now with the adoption of the new logo it appears to be full steam ahead.

All this will dovetail into a much better system for the Society with the installation of a dedicated land line to their rooms at Wests which will provide an enormous amount of flexibility for internet access and the uploading of material.

Currently they operate on a wi-fi sim card which is not only expensive but restricts the amount of data that can be up and downloaded, depending on their willingness to buy more time.

The line has very recently been installed with technicians to be engaged shortly to run it to the rooms which are situated on the first floor at the back of the club.  In addition to this they will source an ISP which will better provide to the needs of the Society.

The treasurer, John Addison, has already come up with a method which will allow remote access to the data on the systems server at Wests after the line is mounted and connected.  Any work undertaken at the workers homes can then be directly uploaded to the storage facility at the club.