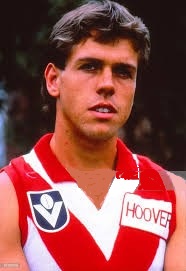 Following on from the resounding success of last year’s selection of the NSW Greatest Team Ever, the NSW AFL History Society has launched two new annual awards to recognise the Best Player in the AFL and the selection of a State of Origin team from players in the AFL.

Society president Ian Granland OAM said, “The inauguration of these awards will add to the rich tapestry of the history of football in NSW, that is this year, celebrating its 140th year”.

“This initiative has been driven by our Patron, Richard Colless AM, who has secured the support of the AFL Coaches Association for the voting structure for the Best Player and the Daily Telegraph to publish the tally board of the votes each Wednesday, starting today”.

“There are currently forty-nine players from NSW on the lists of the clubs in the AFL. The Giants have the greatest number of players with twelve. Hawthorn are next with six, while the Swans have five. There are only three clubs without NSW origin players” Granland added.

The winner of the NSW Player of the Year award will receive the Carey – Bunton Medal that honours the two greatest NSW players of all time.

The votes of the AFL coaches is highly respected and will provide a credible and valid voting system to determine the winner. Each coach votes on a 5,4,3,2,1 basis after each home and away game and the votes are aggregated.

Meanwhile, Colless has confirmed the addition of two of the players selected in the Greatest Team, Wayne Carey and Mark McClure, will join the selection panel. Carey was named as captain of the team.

The cornerstones of last year’s selection panel for the Greatest Team, Mike Sheahan and Gerard Healy have agreed to stay involved. Colless will be the convenor and History Society vice-president Rod Gillett will be the non-voting secretary.

“I’m delighted to have Wayne and Mark join the panel. All of the selectors are currently active in the media and have a very close view of all games in the AFL each round” Colless said.

“To have the very strong support of the AFL Coaches Association for the Player of the Year award is really a reflection of the status that NSW now enjoys in the AFL landscape. I want to thank the CEO Mark Brayshaw and his staff for their commitment to this award.”

“It is a highly respected award for which the votes are aggregated and available weekly” added Colless.

Votes after round 3 are:

The AFLCA award was instituted in 2004 and it is our intention to award the medal retrospectively to all the winners 2004-2019. Some of the previous winners will include Brett Kirk, Lenny Hayes, Taylor Walker, Kieran Jack, and in 2019, Zac Williams.

The player regarded by many as the best player to ever play the game, Wayne Carey, has been named as captain of the Greatest NSW Team at the Carbine Club of NSW annual AFL Lunch today (9th May, 2019).

“The King” captained North Melbourne to two premierships in the 1990s and was selected in seven All Australian teams and was named captain four times. He won four best and fairest awards at North Melbourne and was leading goal-kicker five times. He captained the club from 1993-2001.

He began his football journey at North Wagga and strongly identifies with that club where his brother and nephews played. His boy-hood hero was the illustrious North Wagga captain-coach Laurie Pendrick.

The selection of the NSW Greatest Team was jointly sponsored by the NSW Australian Football History Society and the AFL NSW/ACT.

The panel was chaired by former Sydney Swans chairman and inaugural NSW/ACT AFL chairman, Richard Colless, who is the AFL convenor for the Carbine Club of NSW.

Nearly 500 NSW players have since 1897 played senior football in the VFL/AFL and a smaller number in the SANFL.

There have been various attempts to select teams that represent part of NSW, e.g. Southern NSW/ACT, Riverina and Sydney teams. And there have also been a number of teams selected by historians and supporters that have been posted on the internet.

There has however, never been an official NSW team that embraces the game’s 140-year history and includes every part of the State in which the game indigenous has been played.

One of the issues is that there has never been a natural senior competition in NSW. Broken Hill, Sydney, and various Southern NSW and Riverina Leagues have at one stage or another been ascendant.

Nonetheless the game has a very rich history in NSW and the selection of the Greatest Team represents a major celebration for Australian Football in this state.

Click here for criteria and bio of each player