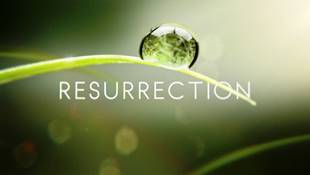 Just four years after the game was introduced into Sydney, the NSW Football Association took the bold step of an 18 day tour of Queensland.  Was it a success?

Sydney officials pondered over their decision but because their northern neighbours offered to pay all expenses, which was normal for the time, and rugby had already had a foot in the door, they agreed.

The offer was an attractive one and the contingent was made up of twenty five players and “one visitor.”

Australian football in Sydney commenced in 1880 with the formation of the Association, not that much later Sydney and East Sydney clubs were founded.  By 1884 four clubs were competing but this was in the face of rugby which by this stage had fifty odd clubs spread across NSW.

Of the four clubs, three were senior clubs and it was from these that the representative team was mostly chosen.  George Crisp, recognized as the founder of the game in Sydney, was appointed captain.

Queenlanders’ attitude towards football was a generic one.  It appeared most clubs played football under both Australian and Rugby rules, although the early preference seemed to be towards the Australian.

Wren and Hardie were selected from Wagga.  It must have been a fair effort for all of these men to make the trip which covered a period of 18 days.  This was when a six day working week was the norm. No question.  As to how they managed to be away for this period of time is baffling, given there was no annual leave.  Several players chosen did not make the trip and were replaced.

Because the northern rail line had not been connected, travel to Brisbane was by way of steamer in which the contingent travelled ‘saloon’ class.

They were met upon their arrival by a considerable number of the local football fraternity and quickly whisked away to their place of residence where a marvellous period of hospitality began.

Their first game was against Queensland.  Like Sydney, the number of players Queensland could select from was limited and several who claimed a rugby background were included.  NSW won the encounter.

In all they played seven matches:

Note: Behinds were recorded in scores but not counted in the total. Goals had the value of 1 point.

To play the Combined Darling Downs game, the team left Brisbane on the 6:00am Monday train for the 132km trip to Toowoomba.  The government set aside a special carriage for the team in their six hour journey.  A very large crowd met them at the station when the train arrived a little late.

Again, the level of hospitality shown the visiting group was astounding.  That given in Brisbane was extra ordinary, but in Toowoomba, and later Ipswich, a half holiday was declared in honour of the visit.  They stayed at another Phillips Hotel, in fact, one of the largest in the district, where a special luncheon was provided and presided over by the Mayor and speaker in the Queensland Legislative Assembly, Hon. William H Groom.  And all this was just prior to a match against the combined Darling Downs side which was played on the Aubigny Cricket Club Ground.

The NSW team had their photo taken by local photographer, Mr Roggenkamp at the residence of the Hon. Mr James Taylor, located almost opposite the ground. Heaven knows where a copy of the photo might be.

The team was defeated in their final game against Queensland, 3.7 to 2.9 but they were not without their chances.  The crowd estimated at 2000 burst into thunderous applause at the conclusion of the game and the Queensland captain Kelly was chaired from the ground.

Then on Monday 1 September, a ball was given in the team’s honour.  It was held at the Albert Hall with merriment continuing until 4:00am.

The following day they played a game of social cricket against the Trimble Bros. Reading Club in Brisbane.  In the evening, the team was afforded a dinner hosted by Mr H W Sizer of the Globe Hotel.  The team left by steamer the next day.

Then upon their return to Sydney an official reception was extended to them at the Cambridge Club Hotel in Oxford Street.  There, George Crisp spoke in glowing terms of the hospitality the team received in Queensland.