When Jack Fleming made his debut for South Melbourne in the newly-formed VFL in 1897 he became the first player from NSW to play at what was to become, the highest-level. Fleming was born in Inverell in northern NSW but went to South Melbourne from the South Broken Hill club.

Nick Blakey aged 18 and fresh out of Waverly College in Sydney’s eastern suburbs, became the 453rd player from NSW to play VFL/AFL football when he debuted for the Sydney Swans against the Western Bulldogs in round one of the 2019 season. He continued the rich tradition of players from NSW playing at the highest level that had begun with Jack Fleming 122 years ago.

The list of NSW’s Greatest Players provided the basis for the selection of the NSW Greatest Team Ever at the Carbine Club’s function in May this year.  You can view the entire list here, however to facilitate the list in its entirety, it has been reduced in size.  (You can enlarge the document for easier viewing by holding down your CONTROL button and press the + button at the same time.  To reverse this, hold down the CONTROL button and press the minus [ – ] button.)

Initially, a list of 423 players was provided by the AFL. Former Sydney Swans and inaugural NSW/ACT AFL Commission chairman Richard Colless, the convener of the selection panel for the NSW Greatest Team, was convinced that there were more players than this and asked the NSW Football History Society representatives on the panel, Ian Granland and Rod Gillett, to investigate.

Between them they boosted the number on the list to 453.

Using his geographical and football knowledge of southern NSW particularly along the border region, Gillett was able to add a substantial number to the list that had been overlooked by the AFL’s historians.

This included the likes of former Carlton and Richmond ruckman David Honybun from Coleambly who was recruited by the Blues from Scotch College, ex-St Kilda defender Jon Lilley (Hay) who went to Xavier College, dual Richmond premiership rover Bill Brown also from Hay who went to work for the State Savings Bank in Melbourne;  he also plaPaul Kelly, Bill Mohr, yed for the bank team in the amateurs.  then there was Damian Sexton (St Kilda) from Finley who was recruited from Ovens and Murray league club, Yarrawonga.

A gem of a find was the late Sir Doug Nichols, who grew up and played football at the Cummeragunja aboriginal mission on the NSW side of the Murray River opposite Barmah, near Echuca. Sir Doug played for the mission in the district competition before making his mark with Fitzroy in the VFL. Ironically, he played for Victoria against NSW in the 1933 ANFC Carnival in Sydney.

They also came up with the names of some outstanding SANFL players that had originally been recruited from Broken Hill. Two of these players, West Adelaide’s Bruce McGregor and Neil Davies from Glenelg, were subsequently selected in the Greatest Team. Both captained South Australia in interstate matches and were selected in ANFC All-Australian teams.

Broken Hill has been a rich source of players for both the VFL and the SANFL competitions. Forty-eight players on the list came from Broken Hill’s four clubs: Norths (13), Centrals (9), Souths (11), and Wests (15).

The Albury Football Club provided the most number of players on the list with 49 including five from the Strang family starting with Bill Strang (South Melbourne) in 1904, his three sons Doug (Richmond), Gordon (Richmond) and Alan (South Melbourne) and Doug’s son Geoff, who played in Richmond’s 1967 and 1969 premiership sides.

The Sydney clubs have supplied 106 players on the list with Eastern Suburbs providing the highest number with twenty-four, the most notable being Carlton champion Mark “Sellers” McClure; Newtown with eleven including Footscray’s 1954 premiership player Roger Duffy, ten from North Shore, nine from Pennant Hills which included the former St Kilda champion Lenny Hayes.

The Riverina was also a fertile area for the list. The highest number of players came from the Wagga Tigers which provided 20 players including 1995 Brownlow medalist Paul Kelly (Swans), the sublimely skilled John Pitura (South Melbourne/Richmond), and the NSW Greatest Team full forward, Bill Mohr (St Kilda) who topped the VFL goal-kicking in 1936 with 101 goals.

Leeton (12), Ganmain (10) and Narranderra (9) also supplied high numbers of players for the list.

South Melbourne/Sydney Swans have been the main beneficiary of players from NSW. One hundred and seventeen players have turned out for the Swans since 1897.

The Greater Western Sydney Giants have also recruited players from NSW since their entry into the AFL in 2012. Their number of players from NSW currently stands at eighteen following the debut of Penrith local and national decathlon champion, Jake Stein in round 12 against North Melbourne.

Stein became the 454th player to play in the VFL/AFL. The list was boosted to over 500 highly skilled players to recognise those from the city and the bush that didn’t go to the big leagues and the players from Broken Hill that represented the SANFL. 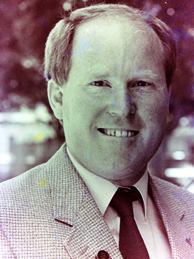 Almost 30 years ago now, yet another new regime took hold of NSW football.

Only a few years prior to this, a new broom under president, Bernie Heafey, in a coup, swept aside the congenial governance of Bill Hart, which, for the most part, had followed the operational football pattern based on that set when the game was resuscitated in Sydney in 1903.

The VFL supported Heafey management lasted no more than half a dozen years following the bluff and bluster of their introduction.  In fact it sent a very divided Sydney and NSW football administration almost broke.  In late 1986 the NSWAFL auditors advised that the league would be declared bankrupt.

By this time a new regime which followed and was linked to the private ownership of the Sydney Swans, and had, as part of their licence, to guarantee $417,000 per year for development of the game in NSW, had taken root.  But in all the manoeuvrings, conivings and plottings which in the end produced poor management as opposed the good and benefit of football, had made its mark.

Players and officials from clubs and country leagues knew little of of the problems and issues of the inner sanctum of NSW/Sydney Football.  Their main concern was their little patch and so long as the game went ahead on the weekend, these issues were of little concern.

By mid 1986 the turmoil faltered to an administrative staff of two: the aging former St George official, Bob McConnell whose role was to deal with player clearances together with the office typist, who both conducted the day to day activities of the league.

Queanbeyan FC guru, Ron Fowlie had resigned his job as CEO of the NSW Football League to return to his club while the machinations of the Sydney competition itself started to show signs of self destruction.

NSWAFL was under the direction of the affable and relatively young, Rod Gillett (pictured), who had made a name for himself working at a number of university student unions throughout the state.  The vital asset Gillett had over his four man committee of Pritchard, Smith and Thomas was his commitment and passion for the game and in particular NSW football.  Fortunately, and in probability with some bias, they made the very important appointment of Ian Granland to the role of CEO of the league.

Important because Granland was a local, he had been a club secretary in Sydney and had an extensive involvement at club and league level.  He understood Sydney football and his heart beat for football.  He knew and understood the problems, the issues and the politics.

Bob Pritchard, who gained his notoriety with Powerplay in the Edelsten years at the Sydney Swans, called a meeting of Sydney Club presidents at the Western Suburbs Licensed Club premises in late 1986.  He laid the options on the table, which included a commission to run the league.  Either relinquish ‘power’ to his group and continue as a viable league or go under.  He also sold the blueprint of a state wide league to operate in NSW which would incorporate some but not all Sydney clubs.  Incidentally this never came to fruition although a similar competition was later tried.

At the same time, Pritchard had arranged for cricket legend, Keith Miller, a former St Kilda, Victoria and NSW player to take on the position of Chief Commissioner ( president) of the NSWAFL.  Miller was reluctant but had Gillett as his accomplished offsider.

The clubs acquiesced.  Authority was once again vested in the NSW Australian Football League.  Change was swift.  The NSW Junior Football Union, which had acquired some dominance over junior football in the state, most particularly because of their influence in the selection and promotion of junior state teams, was abolished.

Next to go was the NSW Country Australian Football Leauge, of which Granland had been a leading advocate. Ironically, it was he who wielded the axe.

The roles of both these organisations was then vested in the NSW Football League, of which, Sydney became one and not a dominant partner. Many of the positions undertaken by volunteers were assumed by paid administrators and the coaching of young state representative teams was in time, assigned to professional football people.

Then there were changes to Sydney football.  Make no mistake, the league was broke.  They had creditors of $50,000 and debtors of $30,000. The competition was split into three divisions, affiliation fees were substantially increased, an individual player registration fee was introduced and those clubs that were in debt to the league were told to pay up or go and play somewhere else.  All but one paid.  The plan was to make the three divisions pay their way, instead of relying on the major clubs to contribute the lions’ share.

There were other subtle changes  The accounts were split, the major one concerning the $417,000 was isolated and the Sydney development officers, all of whom were Sydney Swans players, had their job descriptions better defined to be capably overseen under manager, Greg Harris and later Craig Davis.

Despite some heartache and fractured egos, the foundations were well and truly laid for a revised and viable NSW Australian Football League until the October 1987 world stock market crash bit into the private ownership of the Sydney Swans, effecting the cash flow of the annual $417,000 development money.