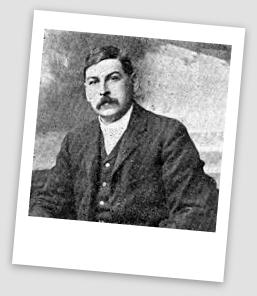 We have written before about the grand ground that the NSW Football League owned between 1911-15 and recently more has come to light about the facility.  This article was published in a Sydney newspaper in April 1912:

“This will be a memorable week in the history of Australia’s national game in Sydney. Why? Because on Saturday next will be a celebration opening the new Australian Football Ground at Alexandria. And what a ground! My! I was astonished on visiting it last. Saturday to see the wonderful improvements carried out in just a few months.

Quite an army of men have been employed for the past nine months, and the work reflects the greatest credit on Messrs. Polin and Preshaw, the architects, and Mr. Tom Sheeley, who has had superintendence of the work. A beautifully turfed oval, with a playing space of 200 yards by 150 yards (the finest in Australasia). This is a big thing to say, but it is a fact. And the grandstand to seat 1500, with training rooms, officials rooms, bathrooms, 1 press accommodation, which is fitted up on the model of the latest modern improvements.

Those in control are to be congratulated on their business acumen and foresight, as they have looked years ahead, and when in the course of time they see crowds of seventy or eighty thousand assembled around the arena, then they will feel that their efforts have been rewarded.

The members tickets for the ground have been selling like hotcakes this month, and amongst the subscribers, who will have their names on the honour board, are the whole of the members of the Victorian and South Australian Leagues.

Mr. Albert E. Nash, one of the finest amateur sports in this city, has a scheme to propound within a few days which he expects will add 500 members to the ground list before the first day of May. The opening match on the ground next Saturday at 3 p.m., will be between the Premiers (East Sydney) and runners-up (Sydney) and from all accounts as grand a game as the final of last season may be expected.

The Botany trams will carry visitors to the gates, first, stop city side of Gardiner’s (sic) road, 2d (2c) fare from railway.”

We shall try to explain how the ground was lost to the code in our next aricle.

Additionally, an interesting slice of information from around the same period (1914) was the production by the South Sydney Club of a form of Football Record, providing the names and numbers of their players together with a score chart:

“South Sydney improved on their type-written dips of the previous week, giving the names and numbers of their players by having them printed, also having a scoring table attached. There were many encomiums passed on the innovation, which, it is to be hoped, will be taken up by all the other clubs. The hon. secretary, Mr, Hughes, and the members of the team are to be complimented on the business-like manner in which they conduct their affairs.”

The Mr Hughes referred to here is Cyril Hughes, an engineer/draughtsman, who was South Sydney’s secretary at the time.  He would later go on to serve in the army at Gallipoli and eventually survive the war only to be returned to the war site at Gallipoli where, as a Lieutenant Colonel, he and his staff mapped out the graves and dead.  They also planned and erected a monument to the slain.  Hughes was featured in Russell Crowe’s recent film, Water Diviner.