NSW Australian Football History Society Podcasts –
with most recordings, the volume in the interviews themselves will have to be increased.

SCROLL DOWN FOR FURTHER INTERVIEWS

A series of interviews completed in 2005 with Frank Dixon NSWAFL Vice President, State Coach and Captain, player, captain and coach of South Sydney Football Club.  Frank Dixon was interviewed by Ian Granland, President of the Society.  There are nine parts to this interview.

Recorded in 2011, Jack was a member of the Society’s  Committee and former player with Eastern Suburbs FC, Captain-Coach of Ardlethan FC and Sydney Naval.  He was president of the East Sydney Club duing a number of years when East were a powerhouse in the Sydney competition.
Jack Dean Interview – Part I
Jack Dean interview – Part II

A player with the St George Club from 1946-58.  He provides a graphic account of his time with the club, his team mates, opposition and committee.

Madge Smith was the sister of the mercurial Jimmy Stiff, an absolute star of Sydney football in the 1930s,  Jim was killed in 1937 however he had a brother, Micky, who was almost as good.  Both played for the South Sydney Club.  Madge was born in 1909 and interviewed in 2003.  She talked about her life growing up in Mascot, where she worked in the David Jones factory in Surry Hills and her later married life and of course her football staring brothers.  The interview goes for about 45 minutes.

Interview conducted in 2003.  There is some background interference but not sufficient to made it inaudible.  Jack was raised in Woollahra, Sydney, just above Trumper Park.  He played junior football with the Eastern Suburbs Club and later in the reserves.  He enlisted in the AIF and was posted to New Guinea.  Upon his return he married and moved to the inner western suburbs and when the Western Suburbs club was formed in 1948, he joined.  He was treasurer of the club for many years and later president.  He was also a member of the Board of the NSW Australian Football League.

A somewhat controversial character, Doug was originally from South Australia.  He came to Sydney with his parents where his father umpired.  Doug initially took up with the Sydney Naval Club then later with North Shore where he played for several years.  He won the Sydney league’s Best & Fairest Medal in 1959 then went on to become secretary then president of the North Shore Club.  During this latter period he was elected vice president of the league.  A move to Condobolin in business for two or three years followed a period in the seventies as president of the South Sydney Club.  This three part interview was recorded in 2004.

Bob was a player from Melbourne who came to Sydney during WWII in the AIF.  He played in Sydney Naval’s 1944 premiership team on Erskineville Oval on the wing as a nineteen year old.  He was later transferred to an army camp near Bathurst where he continued to catch an early morning train to Sydney to play with the club.  After the war he played one game with the Hawthorn.  This interview was recorded in 2006. 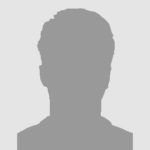 Albert Butcher played football in Sydney before the second world war.  He was born at Artarmon and played for the North Shore Club and later a few seasons with St George.  He won the Sanders Medal,  the league’s best & fairest reserve grade in 1939.  He talks about his time in football as well as working for his father in the quarries in North Sydney.  Interview recorded in 2004.

Alan Harper played reserve grade for the South Sydney club after WWII.  He talks about his experiences both in football and life in general.  Recorded in 2006.

Tom Mahon was a player with the South Sydney Club in the 1950s and early 60s.  He played in the club’s last premiership team, the Under 18s in 1957 where he won the league’s leading goalkicker.  He was raised in Beaconsfield in Sydney and talks about life there and his experiences in football.  Tom is a member of the Society’s administrative committee.  Recorded in 2017.

Dick came home from WWII and had only played a handful of games in the army whilst overseas.  He signed up with St George, where he played for two or three years then moved on to Easter Suburbs and remained there until his retirement in about 1954.  He represented the state on several occasions and became a successful builder.

Jim McSweeney started his football in Sydney, first with Marist Brothers, Kogarah then St George under age.  His initial involvement was in the long gone, Metropolitan Australian Football Association (former Second Division).  He was asked to umpire junior matches and it all started from there.

Jim retired started umpiring in 1958 and retired from the Sydney Football Umpires Panel in 1985, however he continued umpiring Masters Rules games and did so into his eighties.  Listen to Jim’s umpiring life in this short interview recorded in 2019.

Ken, originally from Melbourne, was instrumental in the formation of the Pennant Hills Junior Australian Football club. This interview was conducted by the late Gus McKernan in 2006.

As part of the Glory Days, Your Sport & Media segment with Robbie MacKinlay, you can listen to this great podcast showcasing Holbrook Football Club’s 1970 Farrer FL Premiership – A last minute resignation of  the club’s high-profile coach left the Holbrook club in limbo – they went with a local replacement, fortunately getting the right man and the rest is history,

A very talented sportsman Ray began his involvement with Australian Football at 16 at Moore Park in 1948.  A couple of years later he was in Melbourne playing with Fitzroy in the VFL.  Upon his return to Sydney he played first grade Rugby Union with Randwick in the Sydney competition, then back to AFL with the Eastern Suburbs Club and then onto first grade Rugby League also with the Eastern Suburbs Club.  He also represented the state in basketball and athletics.  The story of his early sporting achievements is very interesting.