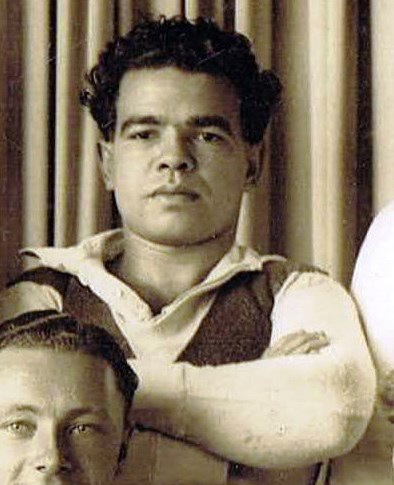 John “Ossie” Grose came to Sydney from Kempsey and settled around the Erskineville area. He gained first grade selection with Newtown after a season in the Under 18s; He had not played Australian Football previously. A 1.57m rover, “Ossie” became a key player in the Blood Stained Angels premiership team of 1942 continuing on to play in another three premierships for Newtown between 1945 – 47 during a “golden age” for the club.Ossie played over 200 games for the Newtown club in his career and represented NSW on twelve occasions including the 1947 ANFC Carnival in Hobart. He also represented Sydney twice. Ossie was described in the press as “one of the best rovers in Sydney” during the 1940’s. Accounts recorded in the Sydney Football Record and in newspapers of the time indicate that he was one of the best players of his era.

In 1948 he was recruited by the Leeton Club in the Riverina where he was a contract player. The following year he was captain and coach of Leeton.