A lifetime servant of the game and one who has been familiar to many on the Sydney scene over the past 35 years or so, Kevin Taylor is reportedly suffering from a severe lung infection.

He may not appreciate the world knowing his situation but we think what Kevin did for Sydney football, should be recognized.

He came to the state’s capital in the late 1970s with the motion picture industry and soon found himself involved in the game, first on the North Shore FC’s co 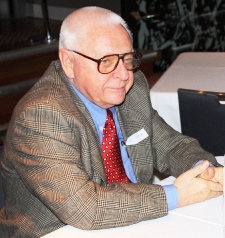 mmittee then with the league, as assistant secretary then later and in two or three separate sessions, undertaking his real love as Football Record editor.  He was at onetime in his youth, Football Record Editor for the Diamond Valley FL in Melbourne.

In 1978 Kevin hosted the Australian Football World.  This was a local football panel on Channel 7 shown at half time in their (only) Saturday match of the day each week.  You might see the panel in one of the revolving banners on the front page of this site.

Later he reported “live” on the VFL Match of Day at the SCG following the Swans early arrival in Sydney.  Working for several Sydney radio stations he always reported “exclusively” for each – at the same time!!!.  During this period he also wrote a regular column for a Sydney Sunday Newspaper.

A prolific writer on football, Kevin wrote several papers relating to Sydney football in and around 1980.  It was called “Tween Seasons” and you can view a copy by clicking here.

Kevin was one of the first to put his hand up when the League’s history committee was first formed in the mid 1990s.  He continued as secretary of the group for a number of seasons.  His minute taking was a sight to behold and since the reorganisation of the group has joined the Society at Benefactor level.

Two years ago Kevin was voted in as a life member of AFL Sydney, receiving his award on the Phelan Medal Night.

Not so long ago, Kevin turned 80 but still kept his hand in football with his website: Footystats where you can find next to every detail, particularly about the AFL for almost the past 20 years or so.  There is also a fair bit of old Sydney football there too.  Unfortunately he has been unable to continue with his reporting over the past few weeks because of his medical condition.

A great and very dedicated football disciple is Kevin and we know you will join us in wishing him the very best with his health.