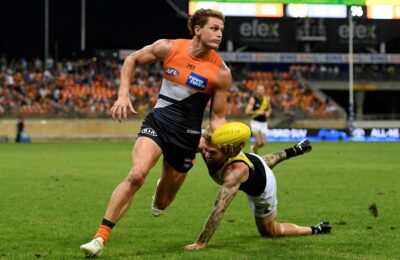 GWS mid-fielder Jacob Hopper scored six votes in the Carey Bunton Medal for his outstanding performance in the Giants convincing win over the Adelaide Crows in round seven at the Adelaide Oval.

Hopper is now on 23 votes for the season and is closing in on Adelaide forward Taylor Walker, who started the season in sensational style, but has not scored votes since round 3.