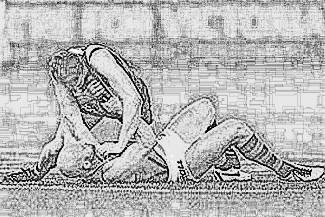 Right up to about the 1987 grand final, where there were in excess of 48 reports, Sydney football was bathed in on-field violence, some including spectators.

Following the last game in 1987, Sydney introduced the send-off rule, which has since quelled the violence to a major extent.

During the seventies and eighties there was not a the level of conflict as seen in the past but a year would not pass without an all-in blue during the grand final.

Here is a description of a fight that included players and spectators in June, 1920:

”The Australian Rules football match between Paddington and East Sydney, played at Hampden Oval (now Trumper Park) Rushcutters Bay, yesterday ended sensationally. After one of the East Sydney players had been laid out in a collision with a picket fence, a big crowd from the stand and bleachers rushed the ground. Women took part In the disturbance, and used their umbrellas In the free fight that followed. A constable who was playing with the East Sydney team put an end to the trouble.

Paddington took the field with eight successive wins to its credit, and from the commencement of the game East Sydney put up strenuous opposition. The game was exciting up to the last quarter, when Dunn, playing for Paddington. collided with Sanders, of East Sydney. It happened over the touch-line, and Sanders was knocked some yards. He was hurled with terrific force against the picket fence and laid out. Immediately a howl and storm of hoots were set up amongst the spectators, and this fact spurred the East Sydney team on to resentment. Simultaneously three or four of the players attacked Dunn, who. however, put up a brave defence against heavy odds.

Dunn’s club mates then went to his rescue, and for a few minutes half a dozen or more of the players were engaged in a free fight. It was then that the spectators took a hand. Close on a hundred of them, including women, jumped the fence and rushed the ground. The women were the most excitable of the bunch, and many of them used their umbrellas. Constable Pedlar intervened, and after a deal of difficulty, succeeded in quelling the disturbance and getting the crowd from the ground. After a while the game proceeded, and Paddington eventually won.

Sanders was subsequently found to be suffering from concussion of the brain.”

What brought it to a head was the disasterous 1987 Sydney FL Grand Final which resulted in 48 umpire reports.  Following an extensive inquiry, the send-off rule was introduced to Sydney football.  This rule was then adopted in football throughout the state.  It was a long time coming.