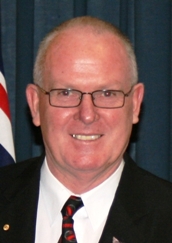 He began playing football as a junior with the South Sydney Club in 1962. Elected club secretary at 17 in 1966 and then shortly later he also became secretary of the NSW Police Football Club.

In 1969 Granland entered National Service for two years during which he saw service in Vietnam and he was able to arrange a number of games of football between Australian troops.

Upon discharge he continued to serve South Sydney FC, first as a Vice President then as Secretary before moving to the Central Coast of NSW where he became a founder then secretary of the Central Coast FL, then later,  president. During this time he was instrumental in the formation of the NSW Country FL in an effort to grow the code throughout the state.  In his time on the Central Coast,  Ian was foremost in the foremost in the establishment of three football clubs clubs in the region: Wyong, Killarney Vale and Bateau Bay.  He went on to become president of Killarney Vale for 23 years and was responsible for the construction of the large clubrooms at their home ground.

Earlier, and in a period of unsettled football and restructure in the developing parts of the state, for a short period he became a director on the NSW Football League.

Granland was a founder of the Black Diamond Football League where he served on its Board of Management for ten years, four of which as president.

He was employed by the NSW Football League between 1984-90 mostly as Chief Executive Officer. He oversaw the restructuring of the game in Sydney and NSW during a time of much change and led the way in the introduction many new initiatives in the way the game and league was administered. This included the revolutionary computerisation of games and player statistics, a forerunner of today’s Sports Pulse system and the send-off rule.. When he began work with the NSW Football League it was in dire financial distress however when he left the organisation it was in very, very sound financial position, having well over $100,000 in savings.

During the mid 1990s he encouraged the formation of a group to investigate the history of football in Sydney/NSW and later elected chairman of a more formal unit which eventually became the NSW Australian Football History Society.

Granland’s many awards include, amongst others, the Australian Sports Medal in 2000 and the Order of Australia Medal for his services to the game in 2002, life membership of the NSW Australian Football League in 1990 as well as life membership for several other football organisations.

He received the AFL’s Merit Award for outstanding service to Australian Football in 2005, a Community Services Award from the NSW Government in 2007 presented by the State Premier and a Distinguished Long Service Award from the NSW Sports Federation in 2011.

A tireless worker for the code he has joined the ranks of a number of New South Wales Welshmen who are welded to Australian Football.

Rod Gillett is vice-president of the NSW AFL History Society. 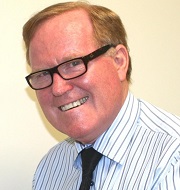 He is presently a sessional lecturer at Macquarie University. He joined the committee in 2019 upon his return from academic appointments in Singapore and Vietnam.

His studies in Australian history with a particular focus on the social history of football in country areas include a Master’s thesis, articles published in academic journals and a number of unpublished booklets and articles has strengthened the Society’s knowledge base and expertise and provided a rich vein of content on past players and origins of the game.

Rod became involved in football administration and media as an undergraduate student at the University of New England in Armidale in 1974. That begun a continuous involvement ever since  in the game as a player, coach, umpire, administrator, and in the media in every location in which he has lived and worked including Wagga, Coffs Harbour, Sydney, Rockhampton, Suva, Abu Dhabi, and more recently, with the Vietnam Swans.

He was the last-ever president of the NSW AFL in 1986, and served as a Commissioner under Chief Commissioner Keith Miller from 1987-1990. He was also the NSW delegate to the National Football League from 1985-89; he successfully negotiated the entry of NSW into the first-ever State of Origin carnival in 1988 and the ruling for the Riverina to come exclusively under NSW jurisdiction.

He is a life member of the NSW AFL.

Paul Macpherson is an archivist with experience in senior archival roles at the State Library of Victoria, the Australian War Memorial, the National Archives of Australia and the University of New South Wales.

His particular interest in the Society is in the control and cataloguing of its collection of material relating to the history of the game in Sydney and New South Wales.  He played for South Sydney in the early 1970s and was for some years an umpire in the Diamond Valley Football League in Victoria.

Paul has been an inspiration to the committee since he joined and has chartered a course for the organisation which has led it to continued success.

A member of the committee since 2014, this is the first year John has taken on the treasurer’s role.

He is a Sydney person and played the game with the Bankstown Sports Club from juniors right through into their senior ranks.

Lately John has had an involvement with the St George Club where one of his sons plays. Another son, Dylan works with GWS in the welfare department.

John is a retired draftsman and possesses an unique talent in the knowledge of computers and their workings.

Mandy is a person who does not have a deep background in Australian Football.

Her father, Terry, played with the Newtown Club in Sydney and also represented the state.

Amanda, to use her formal name, is a trained librarian and worked at the Ashfield Council Library for many years until her recent retirement.  She also undertook some archival work for the council when the need arose.

A talented person, Mandy is a wonderful asset for the Society and already has began to use her skills with the material the Society has received.

Ian has been involved in Sydney football for some time. It all started in 1966 he watched the grand final between St George and Western Suburbs at Trumper Park.

In 1972 he played junior football with Ermington United FC in the Balmain Junior Competition.

Then in 1975 he attended Macquarie University as a student and became involved with its burgeoning football club first as a player then on the committee. He played 101 games for the club between 1975 and 1992, nearly all in the 2nd Division Reserve Grade competition.

He has been involved with the club for 37 years where he has held every position, except president.  He is still the club’s timekeeper where he does four matches a day, sometimes ground manager and currently holds the club’s liquor licence.

From 1981 to 1984 he joined the NSWAFL Umpires Association as a Goal Umpire. He has umpired 3 SFA 1st Grade Grand Finals and 3 Premier League Under 18 Grand Finals, plus several representative matches.

He was Assistant Secretary of the Umpires Association for two years and Secretary for one. He was also the NSW Delegate to the National Umpiring Conference in Darwin.

During recent years he has been involved with goal umpiring, while he continued to attend Macquarie University’s games where he ran the boundary as well as runner – when fit.

Ian has been Macquarie’s Uni’s representative at the League when Club Delegate meetings were held. He was also a representative on Macquarie University Sports Association (MUSA) Sports Committee for many years. In addition, he served on the MUSA Services Recognition Committee which, among other things, conferred awards such as Life Memberships, Club Colours etc. for MUSA.

Ian says he has undertaken just about everything at his club except coaching and selector and has rejected offers of both! 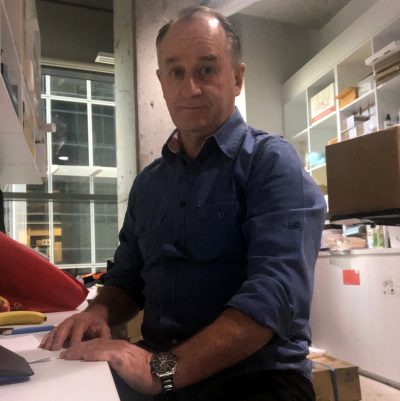 Terry currently works with Frasers Property Australia full time and a day as a nurse on a Saturdays.

His start in AFL was through the Swan family at the very strong, Green Valley AFL Juniors. Although he played Australian Football on Saturdays he would back up for Rugby League on Sundays.

It was this involvement where his association with Southern Districts / Liverpool FC began.  He started with them as a 17-year-old and continued through until around 30.  He then spent four years with Cronulla/ Sutherland (now Southern Sharks FC)  which saw him into retirement.

He was captain-coach of Liverpool’s reserve grade in 1985 and in 1987 then, continued in a coaching role for several years.  He also was involved in premierships for Bankstown Sports FC.

Coaching Liverpool’s undefeated Under 13 team was the highlight of his football career. So many good footballers came out of that team, many of whom represented and played senior football in the premier league. A number of these moved over to Bankstown Sports to play, as the competition structure changed.

Later he coached South West Sydney to two Minor premierships in 1996 and 1997 and after that coached Bankstown Sports Under 14’s to a premiership and the 16’s to the semi’s finals.

Following that, in 2010, he was assistant coach of the Pigeons NSW squad.

Terry’s last coaching role, was in 2013 when he took over as the Under 18’s coach of South West Sydney, taking them to the finals.

After a life in football he always kept an interest in the code in Sydney, checking the results and looking to see if the players he had something to do with were still playing.

He treasurers his days as a 13 year old kid that were often spent at Rosedale Oval, and even though his club struggled somewhat over the years, it had many fantastic players and a great atmosphere.

Heather is keen and a great worker and lover of the game.

Her knowledge of Australian football is limited however is passionate in her interest of history and the skills she acquired in her former vocation of schoolteacher, puts her in good stead as an important member of the committee.

She gives the position as much attention as possible and is always on hand to help and assist when and where needed.

Michael moved with his parents and siblings from the Bellarine peninsula in VIC to NSW in 1983.

He began playing in NSW for Wyong Lakes as a junior and then went onto play for Killarney Vale,  Warners Bay, Hornsby Heights, Westbrook in junior football then into seniors with East Sydney, Gosford and Maitland Football Clubs.

His umpiring highlight was being appointed to officiate the 140th anniversary game between Scotch College v Melbourne Grammar in 2000.

He currently resides with his family in Coffs Harbour, NSW and plays Masters football, having represented NSW in 2018, Western Australia in 2019 and will be back in the blue again in 2021, representing NSW at the National carnival in Perth.

He has a drive and passion for preserving the history of football in NSW and promoting women in Football.