“Geo. Graham says that he has already got 30 members for his now club at Granville. The Granvilles, or I should say, the Australian Football Club, plays its first match against the Sydney.

There is nothing like facing the big guns if a new club wants to learn all the dodges of the game. Appended is an official list of the matches for May :—

On Saturday the Australian – Football Club, Granville, played their first scratch match, and judging from the form shown by some of tho players they should have a very prosperous season. They meet the Sydney Club on Saturday, and will no doubt give the Sydney all they can do to score a victory.
As there are several good players in tho Cumberland district we hope they will join this now club, and make it a real first class one. (Referee (Sydney, NSW : 1886 – 1939), Wednesday 1 May 1889, page 6)

A couple of things to note here:

In May of that year, Granville hosted the East Sydney Club and here is part of a report of the game :  “Before the close of the play party feeling ran high, and blows were exchanged between two of the players. The spectators participated in the excitement, and the attitude of some of them became so menacing that the visitors beat a hasty retreat, and that their retrograde movement was successfully accomplished they attribute to the protection afforded them by the opposing captain, Mr. Graham.” (Evening News (Sydney, NSW : 1869 – 1931), Tuesday 21 May 1889, page 8)  The Granville club did complain about the actions of the East Sydney players however because they were not an ‘associated club’, ie participating  in the top grade for the Flanagan Cup, their letter was dismissed.  The led to an application by Granville to affiliate which was subsequently accepted.

Like the University club, Granville failed to reform in 1890. 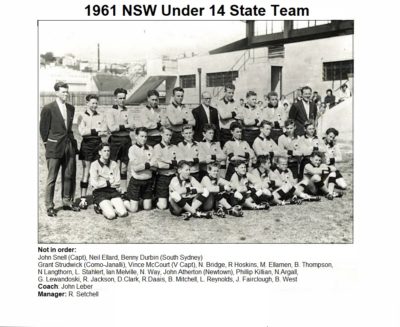